“Holiness is the habit of being of one mind with God, according as we find His mind described in Scripture. It is the habit of agreeing in God's judgment, hating what He hates, loving what He loves, and measuring everything in this world by the standard of His Word.”

When God calls a man, He does not repent of it. God does not, as many friends do, love one day, and hate another; or as princes, who make their subjects favorites, and afterward throw them into prison. This is the blessedness of a saint; his condition admits of no alteration. God’s call is founded upon His decree, and His decree is immutable. Acts of grace cannot be reversed. God blots out His people’s sins, but not their names. —Thomas Watson

The Bible is God's Divine revelation and communication of His own mind and will to men.

Deny that the Bible is, without any qualifications, the very Word of God, and you are left without any ultimate standard of measurement and without any supreme authority.

Grant that the Bible is a Divine revelation and communication of God's own mind and will to men, and you have a fixed starting point from which an advance can be made into the domain of truth

"God insists that his sovereignty be acknowledged by us, even in this great matter, a matter which so nearly and infinitely concerns us, as our own eternal salvation.

This is the stumbling-block on which thousands fall and perish; and if they go on contending with God about his sovereignty, it will be their eternal ruin.

It is absolutely necessary that we should submit to God as our absolute sovereign, and the sovereign over our souls, as one who may have mercy on whom he will have mercy, and harden whom he will." - Jonathan Edwards, God's Sovereignty In The Salvation Of Men

Transferring credits and Honorary Degrees. And Earned Degrees by Service and Study

The Japan Bible Institute Ministries offers the widest variety of religious degrees of any school its size in the U.S.A. However, we do not offer any secular “Arts” (which represents a wide scope of studies including such subjects as education, human relations, literature, etc.), or PhD degrees. A Ph.D. doesn’t have to do with the study of philosophy. It is awarded for study in many fields such as Communications, Management, Education, Human Relations, etc. and is not necessarily considered a religious degree, (But there are exceptions and the directors will decide on each degree.) so THE JAPAN BIBLE INSTITUE MINISTRIES.

If you are a Pastor, Evangelist, or Leader of an active Christian ministry, The Japan Bible Institute Ministries may be able to grant you an Honorary Doctorial Degree on the basis of I Timothy 5:17, if you meet the following qualifications:

Must be at least 10 years old.

Produce evidence that you are a licensed and ordained minister of the Gospel.

Verify that you have at least 10 years of full-time or part-time ministerial experience.

Prepare a TYPED one-page summary or resume of your work for the Lord.

Secure the endorsements of two other licensed or ordained ministers or other prominent Church leaders.

Make a $315 contribution to the furtherance of The Japan Bible Institute.

There is a discount for two Honorary Doctorial Degrees for a Married Couple.

You may request an application by E-Mail attachment.

Transferring credits is absolutely free. You can continue where you left off or purchased the degree you earned.

Some of the things we offer:

1.Fast Track courses for those who never received Degrees or Accreditation for their service. Many Independent Missionaries and Denominations fall into this category.

2.Transfer (for free) or receive the same level Degree’s you earned at other Schools.

3.Honorary Degrees for those who have done the work and deserve the Honor. ( These read and look the same as all degrees with no mention of Honorary Degree.)

4.Study our curriculum but have the freedom to add or subtract different books etc.

5.Earned Degrees for those who have studied and served the King. (all degrees look exactly the same.)

6.We all know God’s Word Reigns Supreme but at times a Degree can open New Doors. 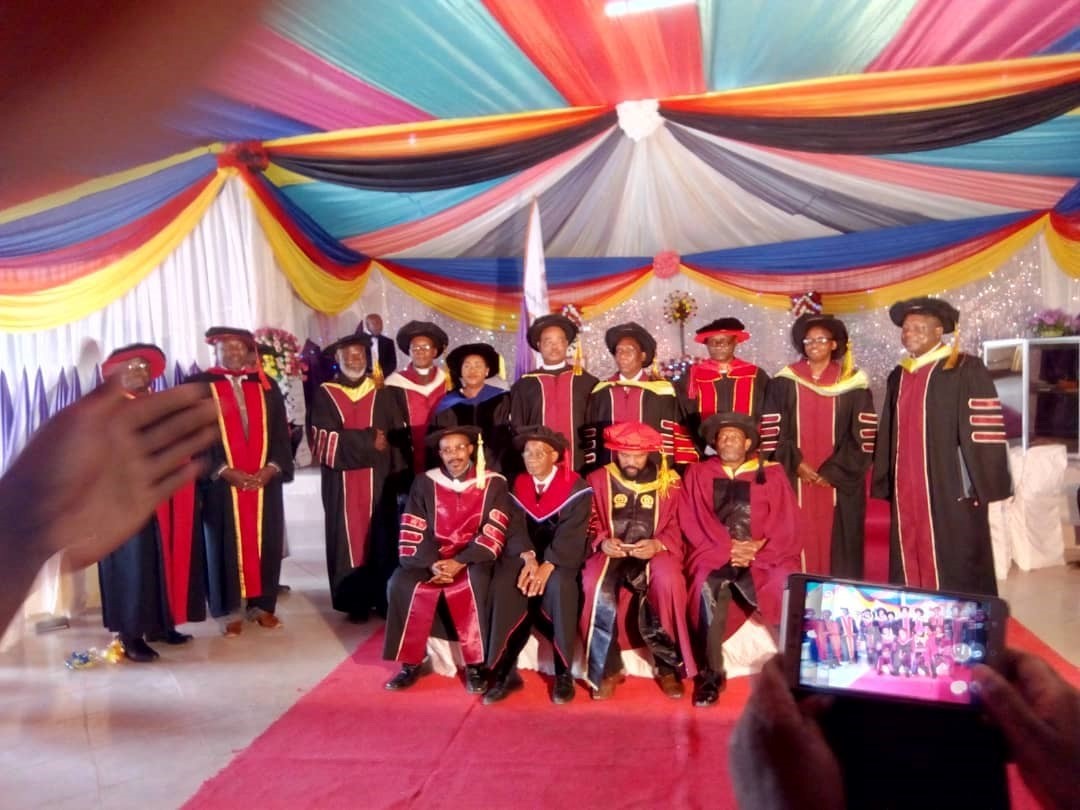